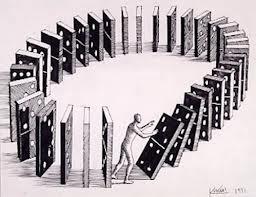 The sand, the water, all so Beautiful

Recovered from a past of Ashes

Avenging the world of the Abusive

Humans; the corrupt, the reckless

And it is him, the Reckless

That strives to be Beautiful

But instead becomes Abusive

Burning his own to Ashes

With Red Whips of Rage

Sucking up all Hope, creating a Drought

And it is this Drought

That creates the Reckless

That influences the Rage

Deep within the hearts of those who were once Beautiful

But their hearts have burned to ashes

Because of the Abusive

And it is the Abusive

That influences the Drought

No longer seeking the Beautiful

Their faces red with rage

And it is those with Rage

Who seek revenge to the Abusive

Trying to gain what was beautiful

What was destroyed by the drought

What was destroyed by the Ashes

And from the ashes rose rage

And from this, rose the abusive and reckless

And from this, rose the drought, destroying what was once beautiful

Poetry Slam:
You Only Write Once Scholarship Slam - CLOSED
Guide that inspired this poem:
5 Tips for Slam Poetry