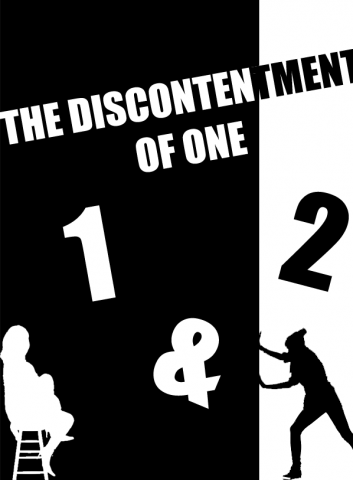 Subconsciously, One’s mind practices amity
But consciously, there is present discord
Confrontation between the People
The Man and the Woman altercate
A fissure torn into the family’s fate

And the reflection passes through
A being of obscure phantasm
Which One regarded similar to a Marian apparition
After all, she was immaculate
Blameless, untarnished, and flawless; everything One was not

She spoke none
This was how the days elapsed
In unnerving, bitter and unappreciated silence
Sinking into the wood with coarse lips
No comments built upon them

But one eventide in October
When the only illumination carried was the candle
Two’s mouth pronounced for the first
‘When,’ said Two, ‘When will you cease to delude yourself? –
It is not as if you enjoy my company…’

One’s eyes trailed to Two, still unseeing
‘As long as I am existin’, you will exist.”
And she quieted, the pithy exchange over
Two was discontented and vexed further
But no questions mounted from her

And the parallels relaxed with confined eyes
The sorrow beneath them threatening to spill over
One was not merry, as was the norm
However, for the time being, she could be composed
And put off her dread for the time of morrow

Poetry Slam:
Slam What You Will (Closed)
Guide that inspired this poem:
Writing a Poem About Something You Want to Accomplish