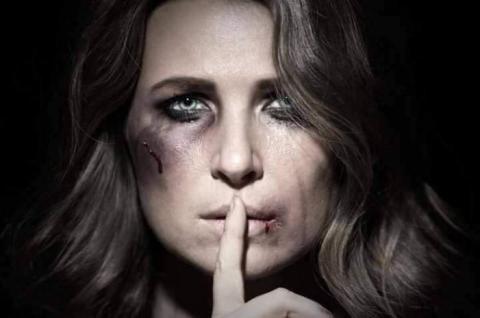 Dear Women who have seen their darkest days,

while this little one graciously empties from your womb.

You knew this one was damned.

You knew that she was cursed.

She reckoned this scandalous realm,

meticulously with her ingenuous eye,

She endured the agony and the torture,

as betrayal came weeping on her path,

and while the darkness consumed her,

she scoured for the light.

As she grew up in this scene,

she was forced to hear the overwhelming cries of her mother

through the tiny cracks of her bedroom door.

This gave her the deepest of scars.

The night always appeared darker when you guys fought.

And you squealed as he yelled ferociously while you tried to find comfort in that filthy corner.

You grasped onto those walls.

Watching you go through this destroyed her.

It made her vulnerable.

But there was one thing she had mastered…

Hiding her despair and her pain behind a bogus smile

She knew it was fake but they didn't.

That's one thing she had learned from you.

She also soon realized that men are the alpha

And that they were born to rule.

It bothered her so much to the point she couldn't breathe.

It shattered her heart into the tiniest pieces known to mankind

Instead you and your family sat behind a perfect picture,

“No one has to find out what goes on behind that door, right?”

She wants to fly as free as a bird.

She wants to climb every treetop and fall gracefully.

But instead, she squeals into her pillow.

Because she knew, she was powerless.

And there was not a single thing that anyone can do about it.

Why did you let her go through this?

Show her what strength is.

Show her what standing up for yourself looks like.

Teach her to confront.

Don't tell her to hide her flaws.

Teach her to cherish them instead,

and to become stronger day by day.

and so will you.

Let her stand up for who she is,

She doesn't want to be the bottom of the dirtiest trenches,

Instead, let her be the stars in the night sky.

Poetry Slam:
Life in a Letter Scholarship Slam — CLOSED
This poem is about:
My family
My community
Our world

Abuse child Violence Feminism is the radical notion that women are people; stand up for your rights girls!