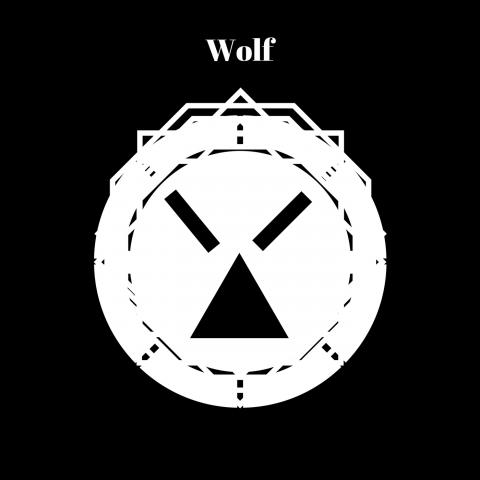 There once was a kid who could never keep still A toy a tool the boy's a fool He was hungry, just a twig and he  Never lived well, never kept his bills, Life's Sad, yah, bad, rad, a thousand little words Ain't describing all the hurt that was Inside 'em Chewed up bitin' frothed at the mouth All the wolves, they behind him No ones sees But his knees are getting weaker He's a saint he's a seeker Leather headed weeper, crying for his Own his herd he knows. Hook: (Cry wolf) Your life's on the line (Wolf) You're running out, running out of time (Cry Wolf) Demons muscle memory stifling (Wolf) Then they gone, it was in your mind again x2  Two thousand years ago, is when the story flows When schizophrenics were demonic foes He doesn't know what he doesn't know And his minds going where no one ever goes Stop-Just a shepherd herding, Flirting With the idea that he's immobilized Brain globalized, in tatters it's all scattered And he's seeing But not true sight, and the people stiff as steeples They just giving fright, flight or fight, 'e never learned what's right For times when you're surrounded though Empirically unfounded, Cry what? Hook  Ready set go His head's gone dual-width stereo And the farmers, traders, laughers, haters Don't come now or ever later But it's roaming and storming and coming and gunning for him Grasping and gasping and grabbing and biting his chin The teeth are out, and the kid is down The monsters won, the troubles coming around For the flock the red has just begun Bloody bellows ruddy, running fear and trembling Hook x2