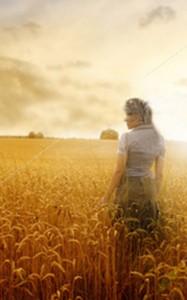 Her body’s breakin’, or so she tells me

All damn night and all damn day as she cries.

I’ve got to agree; she never used to

Cry her eyes and ears off all the damn time.

But Mama’s still walkin’ and talkin’ and

Singin’; that sure don’t look like no damn end.

Sure, she’s losin’ her gray and lookin’ pale,

But my mama don’t quit or fight to lose.

Though her voice is thin. Her everythin’s thin.

But Mama ain’t one for dyin’. Not yet.

She took all the damn meds, every last one.

She went to all the damn doctors and tests.

Above me. She ain’t here with me no more.

Sometimes I swear I see her in the sky.

I can still hear her final, mournin’ song.