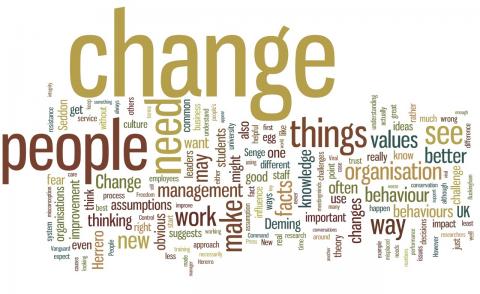 Change is something everyone is quite familiar with.

Change can be good and also bad.

People sit around waiting for change to happen instead of getting up and making the change themselves.

The fact that people sit and only think about how bad they look, or if they’re too fat, skinny, etc. doesn’t help the world let alone society to get better.

If they want to put a stop to something they must act now instead of waiting for something good to happen.

Instead of worrying only about yourself why not stop and think about the other 7 billion people on this planet who are suffering from starvation and diseases.

But in fact you should care because we are the children of this world, we are the future, and we are the generation that will pass down the knowledge that was passed down from our ancestors and parents along with the new information that we have yet to learn.

Instead of worrying about yourself why not worry about racism and bullying that’s happening in the world and your community.

Think about how its affecting people and the population of humans.

Aren’t you tired of being labeled for something you aren’t?

Aren’t you tired of the way people treat other people just because of the way they look, speak and act?

Aren’t you sick of the way some minorities are treated by other races?

No race should feel more superior to another race because we are all equal.

Now I understand that we as human tend to make mistakes but in the end we can learn from those mistakes and try to change them because there is still time.

What would I change?

I’d change the way the people of this generation and world thinks.

I’d incorporate some knowledge into their narrow-minded heads.

I’d make the world a better place by spreading peace and love.

I’d make the world equal not just for you and me but also for everyone.