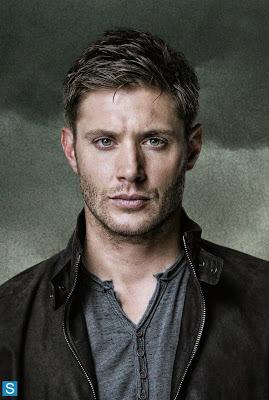 Dear Dean Winchester, At age four, you were raised a man. You were sent to a precarious frontline, preparing for battle.At age four, not only were you a brother, but you became a father and mother.  At age ten, you were given a gunAnd was told to protect yourself from the darkness. You kept it with you in your sleep.You kept it with you in your dreams. You kept it with you in your heart. At age ten, you learned that the darkness should be afraid of you instead.  At age sixteen, your brother became your true priority. You vowed to always protect him and stick to his side no matter what.But as the years passed by, the odds did not shift in your favor. You should have seen it coming. You should have been prepared for it, Dean. At age twenty six, you felt his brother's heart stop.  Dean, little boy of freckles and green eyes, you recognized the cruel world for what it was. You didn't burn your bridges.You salted them so your demons could not cross through. Sometimes, you did not need to have blood run down your skin to find pain. All you had to do, was look in the mirror.  I could tell that you no longer believed your mother's words from so long ago. There were no angels watching over you. There was no God to answer your prayers. And as you stared down at the grave of your father, you asked, "Why me?""Why do I have to be some kind of hero?" Life is funny that way, Dean.Through your tears, through the beerYou were making a change in the world without even realizing it.Your sacrifices made you worthy of being saved because there came a time when you stopped breathing,When blood gushed out of your chest And your empty green eyes stopped blinking. I saw it happen with my own eyes.You were suddenly gripped tight,Raised from perdition And a voice whispered to you,"Carry on. Carry on."I knew you deserved to be saved after all. You were no ordinary man.You were the righteous one. And so at age thirty three, you drove across the country.With windows rolled down and music bursting loudly,The world had no idea of the savior they hadAnd you yourself, had no idea what battles lay before you.  But that did not matter.At age thirty three,You recognized your purpose.Saving people, hunting things. You are a hero and I have watched you growInto a living legend, a courageous man. Because in the end?Carry on you did, Dean Winchester.I want to thank you from the bottom of my heartFor all the smiles you’ve put on my faceFor easing my pain without even knowing you did.I acknowledge your effort in fighting for what is goodAnd I acknowledge your bravery for facing those battles. Your brother would be proud.  Monica Montes