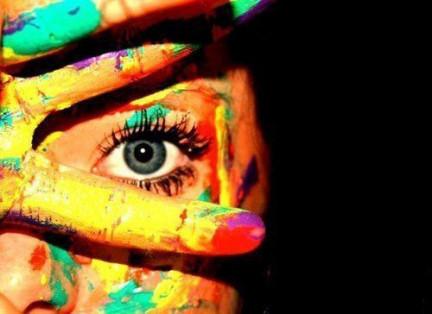 Crayola, crayon, color. It’s nice, pretty, and one of its own nothing will be like it.

The brush strokes across the paper, even the simplest ones create a world and unlock imagination. Imagination is a child’s freedom, where everything and anything is possible.

Whereas you get older your crayons become small, broken, and lost just like your imagination. No longer being able to be a prince, a knight, or a pirate one is forced to face reality. It’s a source of freedom and its unreal how something as simple a crayon could give a dream or thought of a colorful, vivid, and vibrant life.

Where again as you get older things aren’t in color, more like black and white, just full of the truth and nothing more. It’s pain-staking to let go of a crayon and grab a pencil, because you know you will never go back.

Losing the creativity a crayon provides, some people have a tougher time releasing the creative flow and need a substitute to feed their hunger for it.

Girls pick up a brush and take it to their face rather than to a canvas. With their faces as their new canvas and the pressure from society to paint these beautiful pictures on their faces, they became obsessed.

The strokes they paint became thicker, stronger, and more vibrant for no matter how much they put to their faces, they were never as beautiful as they wanted.

For their imagination is plagued by societies pencil perfection. Soon the girl’s faces are no longer recognizable, for their faces are nothing more than blots of color and messy lines. The obsession has reverted their art to mere child’s art on society’s canvas.

Only this time our “Imagination” is dulled and controlled for now we need to stay inside the lines and make everything so clear and perfect.