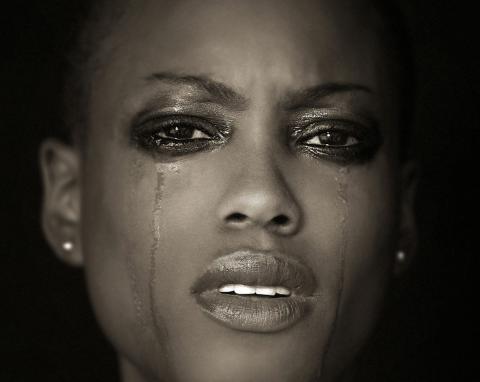 Ever so lightly, I called upon the angel

The angel I felt that would tame my heart

I praised her with kisses and fulfilled all her wishes

Playing like a puppet in her hand from the start

I opted to make a choice, but that sad lonely voice

That rang in my ear day to day, wasn’t getting its way

So, it made me stay, for I had to pay

For my misguided ways

I had plenty of time to say I wasn’t fine

But the increase of lies led to my health to decline

I was at the pinnacle of my patience

For until she was slain and I was once again sane

Because until I departed

From that black art that called herself an angel

I would be stuck

And I, unfortunately, had the worst luck

Because this time, there would be no blade to hide behind

They asked me if I was okay, but I only pushed them away

And the overwhelming pressure hurt me in so many ways

Because I didn’t know the rules, or what I needed to prove

So, I gave myself away

Away to the angel who returned with an iron fist

And I tried to let her go

But all it did was get her pissed

She just filled my head with these thoughts and actions

I asked myself as I got down on both knees

Bowing down to the angel that could never be pleased

I looked up to her, but she looked down on me

But what is there left to see

And as she raised her hand, having something planned

For the little slave that she calls me

I found out her name which made me internally cringe

For I thought that there was no return, from what I had learned

So, as I fell deeper and deeper into her control

That angel continued her rein

She feigned her innocence until I learned her name

And that name was

I needed to get away

So, I took a moment to think

When I always made a positive impression

When my negative energy didn’t cause great tension

I had to forget about societies race

Forget about the judgement I would face

Forget about how I would be seen as a disgrace

And encase myself in a positive embrace