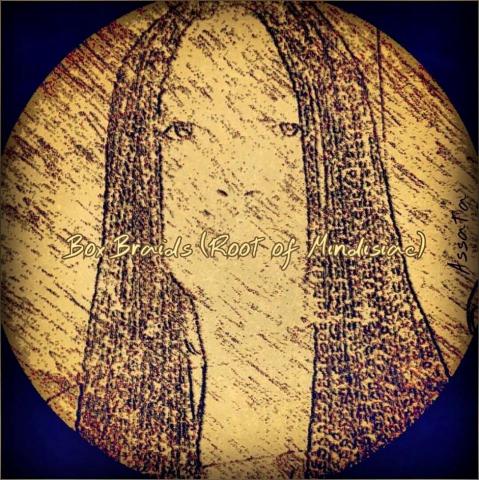 Richton Park
United States
37° 5' 24.864" N, 95° 42' 46.4076" W
See map: Google Maps
Braids, beads, medallions and box braids, she styling with weed strained leaves and I'm sniffing her powderness. With a whiff in, I'm left powerless to her weed strained weaves but she’s beautiful with and without them. Lifted in bloom this flower is but whom shall tell her different?
The world is different now.
She’s in the bathroom for hours like Zora Howard, telling me
"I [may] have bi-racial hair
Combs run freely through my fine breezy
Just to the part, the most you can make [but] until it gets to the back and breaks"
It takes time to style to a video and she’s posted to show. I’d remember that dot com could always get more of you than I do. You just cut your braids now you miss being Badu to fellas in love, calling you names. Now you seeing the ways the same brothers had changed their attention to ladies with a range of extensions to their waist and don’t get me wrong, these gorgeous beauties were vivid queens. Most guys could agree exclaiming "Cutie could get anything, anytime." Every time that I think, it’s the same to me but each strand of hair grows differently like her body, in a tiny spring-like helix and like a tree when I read its rings coiled in your hair, it tells it all. I heard and saw her style changes and guys here were gone, parted like an afro at the corner. Maybe that made Love a new girl and before her, they had been used to anything Pantene Pro-V. Now you only a foreigner to old generations. Contrary to complaints, it reaches back further than our generation, this well translated adaption age of hating the self. Twisted, you don’t know who to trust when all eyes on you but their judging themselves.
Trust it, you known it
Swelled up, her mustarded beauty and made it known when though there was no need to disclose what didn’t ever need to be shown. What mighty means to be shown when it knows its glory shines through fogs of it all? I can see it through a few cloths, cotton clothes you bought. Her hair like wool rests around your neck like a scarf. And like a scarf, you're not your hair nor your skin but truly only a soul that lives so deep within instead another extension of your being. Flaunt it how you define and not how others see but how you treat it. Don’t let them lead you into believing it’s not naturally refined. Gracefully but in elegance you're blind and I’m blind on the shadiest of days you still there. To face away from the sun is the only way your eyes cannot be caught by its fullness. No other piece of starlet needed to brighten its glory. Clouds can’t cover its color nor shroud the cloud of shame you may bring, represented like a scarlet letter returned to self. Despite my neglection, you illuminated everything around me that my eyes can see like the world shall acknowledge you when I do not. Nourished by exfoliation through your light richness. You are Royal Three Parts, a Bob, the Braids, Twists, and a Coin Head Cap tight like these common packed fists the center for Black and this track rooted within, I have felt a disiac where only royalty passed maternally.
King and queens reacted to certain textures solely a goddess should have. Not to say next to hers was something lesser but that the cycle of vision has switched, less flipped than tricked now that the eye should see. It’s that refinement I had mentioned in the beginning. As in the end, he tells her
"Meet me by the lake, said bring a towel wrapped around you, don’t know if your hair wets. Say you're proud to and ask me if I'm there yet"
She laid down to rest with brutes and was weighed down with lapis. Granted, if honestly it’s what your truth is and this is what you're true to then rock it until the hips touch your end, remembering that it’s the head that fits the mind, not the hair that fits the face. When thinking of your image, I praise your embracing of liability to more than just you, Root of Mindisiac. Yes, root you are but the mind, the body, and vision is yours.
Claim it
You alone set the sight of the sun and control the image of everything lesser
Poetry Slam:
One Job...May Change My Life Scholarship Slam - CLOSED