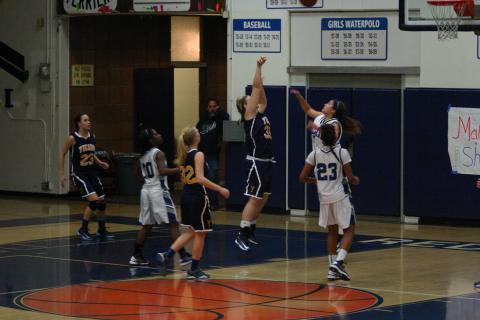 final three seconds left, down by only one

as the sweat is dripping

your palms plastered with blood

the ref blows his whistle

this is the final straw.

The pounding in your skull of the ball on the court,

coach yelling from the sideline

But it is all just a blur.

Championship game and it is all on you,

But you tell yourself not to forget your teammates too.

The shot goes up

And so does your hand

You stand there staring,

as the crowd takes a stand.

Rolling around the rim,

out the ball goes

you fall to your toes.

Coach is on the sidelines dissapointed as hell.

Your teammates are too, you can just tell.

Yet nobody looks at you, they just shake their head.

Throwing their hands up to their head, faces locked to their knees

you would think they were dead.

and you still remember the look of your fingers,

dangling in the air as if you were a singer.

They all say it doesn't matter,

that it is all just a game.

But you do not feel the same,

you ruined your one minute of fame.