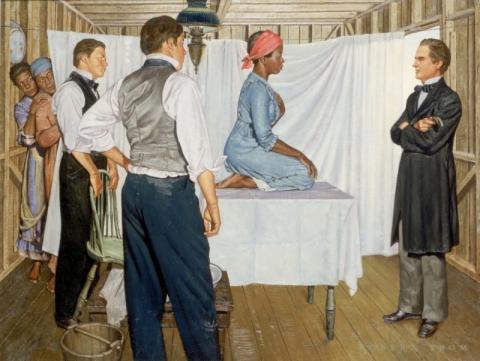 Her hypervisibility causes her to remain unseen

And her experiences leave her in between, her story left unheard

See Black girl, you’re the one who should’ve never lived…

They used your uterus to build capitalism

They stole you away from your genealogy

They abused your vagina for gynecology

They took your DNA for biology (beat)

They tried to break your spirit and take your soul

And sometimes they did, yet you still live on (beat)

When you wonder why they taint your character

Remember that to them, you’re living proof of their oppression

But Black girl, it’s time to teach them a lesson, because:

(Sung) You are but a phoenix among feathers

You’re broken by the waves among the sea

But you swim as well as you fly

But you’re THAT Black girl.

The one that’s strong when the men are weak

She takes a beating yet continues feeding into others

Because that’s what we were taught by our mothers

Who hug momma when she’s broken to the core

Because when you are told you’re the roots and backbone of the family, there is no one left to help us except us.

(Sung) We’re leery ‘bout our place in the world

We’re leaving not a trace in the world

So don’t be afraid to be THAT Black girl.

The one who is unapologetic and authentic

When they tell you your skin is too dark

When they tell you your hair is too nappy

Let them know your ancestors had such large crowns, your hair had no choice but to reach for the stars that make you shine so bright

You are the essence of natural beauty,

You come from Mamma Earth,

You come from Mamma Africa (beat)

Some of you are always talking about THAT Black girl?

Because the pain she bares could demolish nations

And no one ever offers to carry her load:

(Sung) Her Black rage is founded on two-thirds a person

Raping and beatings and suffering that worsens

Her Black rage can come from all these kinds of things. (End Singing)

She keeps this rage trapped inside and relives generations of trauma

Replace a plantation with a playground, and a whip with a gun,

So on those days when you feel you have nothing left, take a breath and remember:

(Sung) Mama said life would be so hard

Grown up days as a Black girl scarred

In many ways though we’ve come so far

They just know the name, they don’t the pain

So please hold your heads up high

Don’t be ashamed of yourself know I

Will carry it forth ‘til the day I die

Poetry Slam:
Desire to Inspire Scholarship Slam — CLOSED
This poem is about:
Me
My family
My community
My country
Our world