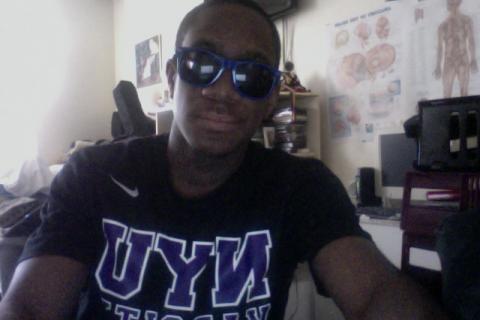 I never knew what news was trying to say

Black people, my people ,all they do is slay

Oh no, wrong joke, let us go for broke

600 plus,more years, in the making, all there is is hate, sprouting, violation

My thing, her thing, self-hating

Here we are ,real tall, skyscrapin;

One word ,one voice ,inspiration

I often ask myself is being black braindead?

How can i say that when i beat my wife instead

Am i black if i don't smoke?

Am i black because , i clean the streets

Are you black thats a choice

One thing, one wing-Ivan's kin ( Ivan the Terrible)

WHere has hip-hop gone,all along

70's had it in like,Armstrong

But right now ,just like an aglett,it's as if we're not around

One thing , one time flings, no shin  digs -reality things

the black man or woman they can, go back to be like Cave Man Stan

All they doing is losing, fighting war in Iran

My raps are mean , Annal of Bum's -Rich,

People all around the hood , look at me- verbosely

Check me out-comatose, me? The most i would have, is

For i write my rhymes overdose on speed

Problem is, it's not a game bro.

What they see is a rapist fiend,Black Nigga,

Whats so awesome though, Im glad to put on a show,

reason is I'm a college bloke, need to be? No, sir

But reason is, im thrown dirt, real hurt till hurt growth spurts, till people see what

I have a Dream, to be big, have a child, let em read till they dead

I have a Dream, when i get one, I'll love my wife , till im dead

My dream is to run this world, Not like Bonaparte

Last day on earth, Doing what i will

Poetry Slam:
You Only Write Once Scholarship Slam - CLOSED
Guide that inspired this poem:
5 Tips for Slam Poetry

the truth, emphasis and passionate words that this poem shows.