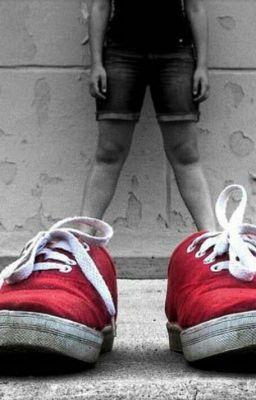 What it takes to be a man to look in the mirror and image a sight of how a MAN might have been seen .
A leader, a role model having the ability to  guide me into what labels me as a son
but an abended son..
HOPEING that maybe a father might knock on my door.
To be something a young boy has to look for instead of wake up and receive.
A lost boy's  screams because a father wasn't there  to correct their mistake but stay in the unknown to trail along the path you walked.
A boy struggles to be a man because at the chance he had to look at the sky and pray that GOD might lead him to his ways.
That a foolish man decided not to teach.
Stuck on your own with the responsibility you had to take on .
Having pressure at your feet to spin out of control trying find the right direction to go
with so many routs a mother tries to provide
But the MAN WHO CAN ONLY PROVIDE
I see a lot of boys who are dressed like men.
Who wasn't ready to claim the lifestyle..
What it takes to be a man
Having no choice but to stepped in the empty shoes that left a gap in my life.
Trying to create a man that once had the ability to fill those shoes.
Boys invention themselves as the shadow that darken the light of a complete family
Tied up because they had nothing worth to gain
stuck in a strain to look around and see no one to call dad .
You begin to think if you were a mistake asking yourself why couldn't he have stayed and if he did
would I have the guts to love someone I knew nothing about.
DREAMING in the stillness that suppose to put me at ease
but I wake up trying to caught my breath because I Remember that scream once the glass broke once the door slammed
to open and feel a breeze of the questions I will not have the courage to answer Because I fear to hear those words that I choose to leave and never come back. I had to stand straight and not fall in the cracks
Because you were the valley that made it hard to reach the other side..
a young man with pride to grow up with a lung missing.
Hatred to have to push forward not knowing if you ever thought of me.
Do you have kids that you hug and why was I the one set free that I had to pick up your slack and carry the bags on my shoulder at a young age.
Being a man before it was time for me to be..
Growing like a weed that's thirsty for the water that moist it's soul open door that were released and let go.
I heard my mom creep in middle of the night struggling to find the change to survive child support not their and we had to lean to strive as rent was due I was only 14 when I had a job to do.
Watching my my siblings like they were my own
shelter them that I was lost without a home.
To have no choice but to face reality and put aside my dreams.
A grown man I had to be for the sake of you to not be here to see.
People say that I would end up like you a Sorry as nigga no jobs and running from the responsible that you had to do.
Leave me to walk in your shoes.
With the scraps and bruises it made the space to feel instead of blame you I made a way for myself.
I showed myself how to be a man.
the shoes I walk in were the choose to stand as a man not fall to the knees of the shellfish move you made.
I put those shoes on and stand as a man
that I raised myself to be
This poem is about:
My family
My community
My country
Our world

TO THE YOUNG MAN YOU DON'T HAVE TO BE INFLUENCED BY THE MISTAKES OF A FATHER WALKING OUT FROM A VALUABLE LIFE YOU ARE LEFT WITH THE DECISION TO BUILD AND GROW INTO THE MAN YOU WERE ALWAYS MEANT TO BE !

any guy can say they're men, but it takes alot more than claims

a man is define by action, not by words

when a man carries himself as one, that's how he earns respect

thank  you so much for the support