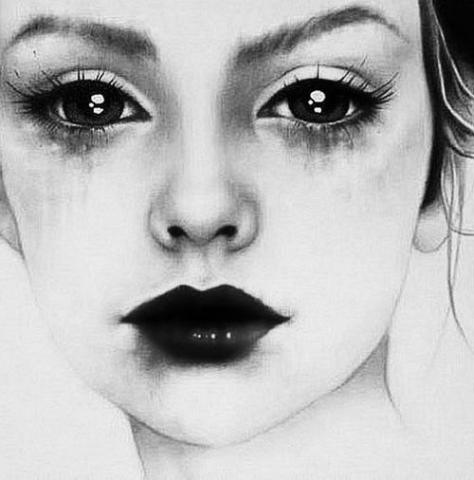 People always ask for advice from me . People told me that i saved there lives . It makes me feel happy inside .

To notice I was build to fix millions . But today broke me inside that my heart stop beating where the silence were the sounds of screams .

I couldn't save my friend when I tried so hard to hold on tight to her . Only for her to let go .

I never gave up I kept fighting until my ribs aches and my voice got lost and the Imani which had no more fight in her.

Until I heard the voicemail and her words were goodbye instead of talk to you later instead of be right back or sweet dreams which calls another day .

. My mind was filled with emptiness feeling  useless. I wanted to be the superhero but I guess I came to late to see the glass slipper which was left on the floor or the crowd saying we love you only left me at a dead end to a road of no where .

If my friend died I think I wouldn't cry but freeze because I would see her in my mind and think was she gone .

Was she gone lord not her please. I would break down quietly because I don't want people to see me cry my eyes out .

To be honest this poetry was my last voice because I had nothing else left to lose . Only left with a pencil and suicidal blues .

I hope I'm not to late I hope she breaths again because if she gone .

My voice will be lost in the wind ...

I've lost 5 friends so far and two were from suicide, I've said how could they; I was there for them but I couldn't save them. One I heard when I went back to school the next day and the other, she texted me saying some crazy things. Then she said I'm tired of fighting and that maybe she should end it. She never texted or answered my calls after that. It's hard to think about it these days, that I just saw them the other day; they were happy but deep down they felt death calling. Before I would have said how could they, but now I know how it feels and I didn't blame myself anymore. It wasn't my fault that I couldn't save them.

I wish they could see me now, cause they never died in my eyes. Don't beat yourself up, to be honest we did our best but we couldn't save them. Yet I did save two of my friends twice for the both of them from not killing themselves; so it's a win for me now. I guess the past experience has taught me how I could save them, just remind them what they are going to miss; what they will do to the people that need them the most. I told them they were beautiful, that if they die I would too; that they needed to see the faces of the love ones that they would hurt if they went through with it. I've saved two, but doesn't make feel any better or erase the ones I've lost.

Man that's so hard I have saved 6.of my friends but the crazy thing is I be the one who wants to die. Feeling useless even on the times I feel nobody can save me

Watch this, this is some powerful stuff and he's really good but you can see the hurt in his soul.

Man that poems so deep every word he saI'd I could feel ever emotion .man that poem was deep