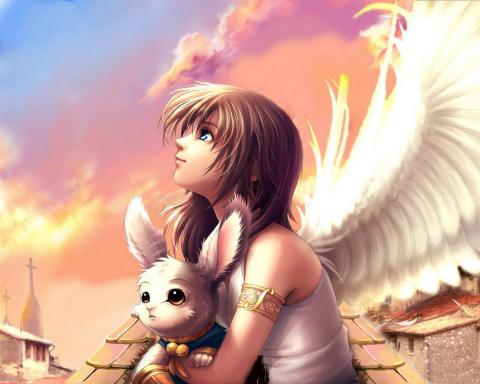 Anime ranges from that of an adorable Pokemon

To that of a sleek, beautiful, yet very deadly Black Butler,

Anime is funny expressions that change within an instant,

Anime is a lot of guys getting beat up by their female counterpart,

Anime is guys drooling over an instucturs gigantic bowling balls

(Then getting brutalliy embarressed for some unknown reason),

Anime is fools like Brad who always falls for the girls

(Even when they have better things to do like battle with Pokemon),

Anime is Mew going head to head against Mew II in an epic battle,

Anime is Zero falling in love with Yuki Cross

(Only to find out she is a vampire princess!),

Anime is Seto Kiaba getting his arse handed to him

on a silver platter more times than one can count,

Anime is Japanese cartoons that cause you to laugh,

weep for joy, throw a tantrum in the midst of rage, drown in sorrow

when your favorite character dies,

Anime is an escape from reality

a place one can go to have fun,

conqure kingdoms, save the princess,

or be at a totally cool high school with monsters

Anime is my life!

Guide that inspired this poem:
Write about a current event that matters to you.

I love this poem, I can totally relate to what you were saying, also, I love what you said about seto Kaiba, that was hilarious.