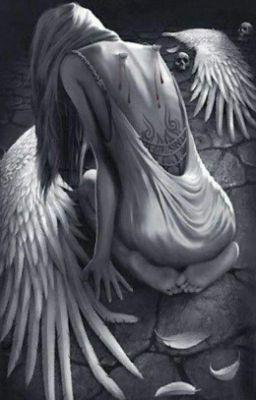 Wearing a mask left me paralyzed from the road that lies straight as I remain confused.
In an open casket as I look down at something so hopeless that all you needed to do was grieve .
A lost for words and a lost of remembrance to walk away and never being able to say goodbye from the world you fear to leave but the place we have to leave from
Being left behind made me learn at an early age what it feels like to be forgotten but a mistake that slipped before I could even acknowledge your presence.
Echoes that create a thick fog which surround my horizon that once I tried to test the sky I was attack by the shadows that make it harder for me to face the challenges that made me scream inside...
Become louder and more aggressive because the anger that wanted to be heard was kept silenced.
Walking away from what burns and stepping into what makes me blows like ashes without fire to crumble me up until I faded in the hands of dust..
Smoking that I let my lungs darken as my breath no longer is a gift but something I had to fight for..
Standing in the back seat of a car watching tears fall from a person who's broken as I lied there num not able to feel what aches
My body didn't show what bleeds through my clothes and the lost of so much blood making me become brittle and cold
What's does that make me..
AN ANGEL with no wings how can I fly how can I rise when my ability of reaching some how stops as I lay in a room and let the walls close me in
Envisioning the moment to lost control and fail to beg for mercy that someone could heal the wings that once shows the power of me
now I'm just someone you can't even recognize..
It's as if a mountain calpis out of no where and became nothing ...
Something that stood for something was gone in an instant and there's not enough things in the world to make it become what it once was.
That even an ANGEL with no wings can never be seen as a creature of glory but something that must have been an accident for something like me to be created...
An ANGEL without wings what does that make me...
You answer but when you think I can never be the ANGEL I once was ...
This poem is about:
Me
Our world

to appreciate what you have always took for granted.