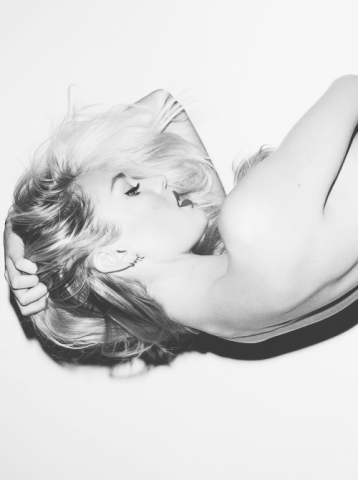 There are 2 types of girls in this country and I am the latter.

The latter is beautiful, bright and bigger than life itself. She is the girl with ugly secrets and hidden rage

The latter is as repellent to society as she is fascinating, and I don’t know why. Why in my fascination do I repel you? I am only a result of your molding

You asked me to be this way don’t you remember? You told me just as she did that day when I was huddled on the fuzzy white carpet, pressing my fingers to the tire marks left by Barbie’s hot pink convertible.

'It's a secret' she said 'You mustn't tell anyone I told you.' I swore my silence and she told me with giggling amusement in her eyes

'To be happy you must be pretty.'

'Of course that's it.' Said the princesses one by one as I watched their glowing pastel figures dance across the movie screen before bed time

Jasmine and Ariel with their impossibly long bouncy hair. Their slight figures giving way to boobs I could only dream of. ‘And then you’ll have your happy ever after.’ Jasmine winked. She was my favorite

She was a princess. Who wouldn’t believe her?

So during recess the next day I hid behind a big orange oak tree by the play ground and hugged myself tight. I squeezed my eyes, drew a breathe and prayed. I begged and implored and pleaded with god

'Make me pretty' I whispered on the brink of tears, until my teacher called my class inside

Soon after there were Bratz dolls. They had eyes that glittered like gems. They had pouty lips and button noses and the longest eyelashes I had ever seen.

'Sexy is the secret too, but you must learn that yourself.'

So In middle school I hiked my skirt up high and glazed my lips with glosses as I stared blankly into the bathroom mirror. Was I pretty yet? Would I have my Prince Charming?

Everyday I went home and turned on the tv so that I could see them. The pretty girls who were doing everything right. Pop stars and supermodels with names like Britney, and Twiggy, and Spice

Everyone loved them. One day everyone would love me too… Wouldn’t they?

Of course they would. I just wasn’t trying hard enough

How could you not remember? This is what you wanted! I know it is. You told me just as she did

Regina did, with her wicked smile and ringing voice like an angel. ‘Charm them. That’s the secret. You’ll have everything you ever wanted.’

She looked like Barbie. Shiny hard and plastic. So I believed her

She showed me all there was to know. Push up bras and lacy thongs. Lacquered nails and fashion magazines.

‘Are you really wearing that?’ Mom kept asking

And all of those songs, they demanded this of me. Candy pop tutorials on how to be a bad girl. Or was it a good girl? They could never decide.

Pop, lock, shake, drop it low. Easy enough. Cake and candy and milkshakes. They asked me to be all the things I shouldn’t eat.

Good girls were sweet like an English princess. Kind at heart, well dressed, and smart enough to hold a conversation with royalty. She charms all. Never known for naughtiness. Perfect like a china doll

Bad girls were sexy like an insta-vixen. Black finger nails always poised around a cigarette or a joint. A bone thin temptress sheathed in a baggy sweater and tight denim. Stars and Stripes plaster the seams. Her combat boots seem to say ‘I will kick your ass and fuck you senseless’

You couldn’t decide, so I learned to toe the line. I became a master of both arts

I became so good that I was bad for you. And so bad that the lines blurred as my over sized sunglasses fogged with smoke

And yet you’re repelled. This is what you wanted from me though. You made me this way.

And now here I am. All shiny and sparkling and ready. Ready for the perfect life I was promised. Ready for my Prince Charming. My salvation

I thought it was him. He fell into my world, just dropped from the sky. Fell into my lap with the dust of clouds still tangled in his hair

But you didn’t tell me.

How could you not tell me that I was distracting and confusing? I didn’t know that I burned so brightly, I was hard to clearly see

Maybe you didn’t know it would be this way

But neither did I

And so he shrank away from me in all my burning brilliance. Did it burn him to touch me? Would it kill him to love me?

This wasn’t what I expected, to be tossed away so callously. I thought I had earned him. I put my heart and soul in to being enough and yet I wasn’t

My heart cracked in my chest when he walked away that day. And it’s been broken ever since

Unfixable and angry. The silly girl who thought being beautiful was good enough for him

He broke me first in his denial and you were soon to follow.

You were there in every sneer I got. All the ‘Your skirts really short’ s Could you not see that you were wearing one just like me?

I just seemed to make it more provocative because I knew how to walk. And how to smile and how to talk.

And all the boys oh they talked. Hooting and calling. I laughed merrily like it was all I wanted. But what I wanted was this

And one day he did say that. Another silly boy, he tumbled from the stars and into my bed

I suppose he’s gotten what he wanted

My heart is numb and this is only high school

But I know I was enough this time. So… so why?

I was so sure I wasn’t enough to want until I knew I was too much to keep. At least for you, for you and him

My heart is numb and I’m confused

I give up and say good night forever, but they find me

Cracked and numb my silly heart. I sew it back together and lock it up. I push the key deep deep down into some unfathomable depth of my soul

So I earn it with everyone. With this boy and that one and they all prove that I’m right. No one can stop me, and no one. No one. Can tell me no

I am almost satisfied. Almost

But there’s an insatiable hunger always nibbling at the edge of my gut. And you, you keep calling me a slut

But it’s not fair! You wouldn’t let me keep them!

Don’t you remember? The ones that fell from the sky? I wanted to keep them, they were meant for me I know they were

But you whispered ugly things in his ear. Calling me this name and that.
‘She’s a slut’ ‘She’s a whore. Easy worthless trash.’

You wrote it on pixelated walls and sneered it in hallways

So they left me

And now I guess I really am a whore. But you wanted this. Don’t you remember? I wasn’t naughty before. I was a good girl and I let myself love him, but it didn’t matter

And now I turn to a new one and he’s nothing special. Just another silly boy. I’m wearing my favorite combat boots

And you know you made me this way. Don’t even kid yourself