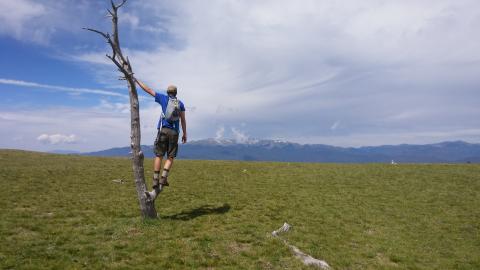 America— The wonder of the West.

The country when, at its worst, is the best.

Tell me, what is destined for our nation?

The American Dream has become a nightmare.

If you can’t be black or white, where

Is the freedom they promised was right there?

Burning, yearning to be set free.

Remind me, the meaning of liber-ty?

This isn’t my cup of it.

Intolerance? I’ve had enough of it.

And what does our government do to prevent it?

They just fuel the fire, it’s like they intend it.

They turn neighbors against one another,

All the time given the illusion of voice,

Making us think that we have a choice.

But what choice do we have, when from only two we can choose;

Do I go right or left? Either way I lose!

But I refuse to be used any more.

That our leaders force-feed us, year after year.

My enemy is bigotry, and that’s not all;

Discrimination’s the ONLY nation I’m building a wall!

All around us, injustice surrounds us,

But we’ve got to keep kicking, or else it will drown us.

And I’ll keep fighting until they awaken,

And see our rights must be defended, not taken!

Engage in culture and peace,

And bring the violence and spite to a cease.

Please, I’m not trying to preach.

I just believe that harmony is within our reach.

We just need to remember the words we’ve been shown:

Let he who is without sin cast the first stone.

Alone, may be where I stand,

But I’ll be damned if I don’t take a stand,

That I am NOT someone to be denied.

I will fight for my country with pride,

Until those in power decide

To let America back inside

Our country, a land of freedom and bravery.

We must come together, put an end to this slavery.

Chained to our media, blind to the truth,

Hiding in lies and denying our youth

To live their lives, not just be alive.

We force them into prisons, I mean into schools

Where they learn how to listen, and follow the rules,

Then they send us to college,

To increase our “knowledge”.

And you say we’re not their slaves?

They laugh, as debt follows us to our graves.

Birth and school and work and death;

We are our slaves ‘til our dying breaths.

Yes! Today is the day!

To end this cycle, and be on our way.

I’m saying, freedom is ours,

It’s time to fight back, and reclaim the powers!

Peace is so close, to you and to me.

When we reach that day, we will have liberty.

This poem really means a lot to me. I hope to inspire some sort of goodness in the world through my writing.