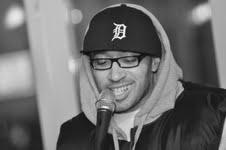 but when does black lives matter

when people of color stop killing each other over senseless beefs

that has nothing to do with the movement

black lives matter will only matter

for example: LGBTQ, feminism, and other lies

be careful of who you listen to

Matthew 7:15-20 states " beware of false prophets, who come to you in sheep's clothing, but inwardly are ravenous wolves"

"you will recognize them by their fruits. are grapes gathered from thornbushes, or figs from thistles".

"Thus you will recognize them by their fruits"

and it's not going to be pretty, so heed my warning when i say

be careful who you're listening to

black lives will only matter

black lives will only matter

a sin is a sin as the Bible brilliantly states

yet you have distractions such as:

jada and will smith justifying their cheating with entanglement

i never heard of it because it's blasphemy

no wonder the kids are all dysfunctionally screwed up

how about a word that folks don't want to acknowledge, yet it exists

The Bible conveys that thou shall not commit adultery

repent to God and ask for forgiveness

you have 50 cents and T.I. going at it about whose the greatest rapper of all time

here's the answer in a nutshell

neither one of you so on to the next

a white person vandalizes a black lives matter mural, and they are racists.

a black person vandalizes a black lives matter mural, and she was applauded

so let me get this straight

a white person rapes a woman and gets probation

a person of color rapes a woman, and gets 25 to life

yet people of color would say that this is outrageous

but read the verse about the black lives mural being defaced.

can't have it both ways

see people are the ones causing the confusion

because of the lack of acceptance and acknowledgement

of loving folks who look differ from you

in case you forgot, His name is Jesus Christ.

and gave up the salvation to stand upright and seek righteousness

speaking of the The Bible

there are 100 sheeps, 99 were saved, but there was one that got lost

The Bible say get the 1 sheep that was lost

so i beg someone to tell me otherwise

i'm going to drive home this poem by saying this

the final say is like the grand slam of baseball

the game winning shot in the NBA finals

all lives must matter

all lives will matter

because we are all one under God's creation

Jesus is concern about soul , not skin

Poetry Slam:
#BlackLivesMatter Support Slam
This poem is about:
My community
My country
Our world
Guide that inspired this poem:
Word Warriors 1: Feedback- The Poetic Kind!