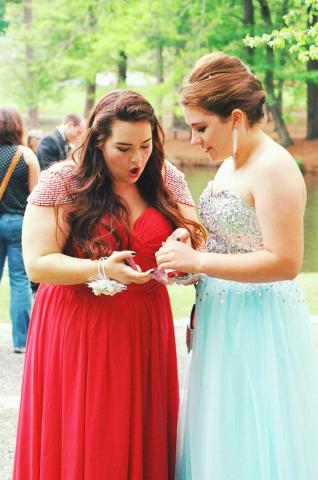 Every thought that leaves your lips
coincides with mine even before an idea slips
from my consciousness.
We are in sync.
You have some kind of awareness
of my being that is on the brink
of the possiblities of life.
Every moment is in awesomeness
and past the point of love.
I would marry you, my best friend, not to avoid lonesomeness
but because my closest girlfriend is a dove,
carrying the message of my inner thoughts.
The same morals, dreams and hopes
makes me believe we could live to make soaps.
Just because we’re on an identical page
and cleanliness is an awesome invention of the age.
Lesbians would be an extreme
because we’re not romantically-involved,
but let’s be honest, we would beam
as adults that could marry as “the evolved.”
Awesome is how I'd describe us.
Vibes that are instantaneous and never old
and connections that would push me to ride a bus
to Las Vegas and marry to be bold.
Bold and powerful among parenting groups.
When you and I are grown, married and making each other laugh
with boyfriends on the side, acting almost as appetizer soups.
Something ordered to fill desires, but nothing that beats union with my better half.
Poetry Slam:
Everything is Awesome Scholarship Slam - CLOSED
This poem is about:
Me
My family
My community
Poetry Terms Demonstrated:
Enjambment