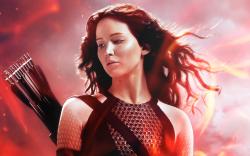 We’ve all been there. You walk out of a movie, finish a book, or turn off the TV and exclaim: “that was awful, I DEFINITELY could’ve done it better.” Whether you think that “the ending was terrible” or “why on earth did THEY end up together,” we all know the feeling. It’s just no fun to see your favorite characters suffer from a bad story line. But that’s why we have Fan Fiction — so you can change up your favorite stories and make them turn out how YOU want them to. It’s your fantasy, after all. Take a look at some fanfiction poetry written by our Power Poets!

Mental disorders
Know how she feels Nah you don't You just see the smiles Not her cries Dyslexia is not fun She feels stuck Sitting in class...

So Far. So Good, Now What?
I'm helpless to remove this Seed It's ugly. . It grows fast. I'm under his Control He implanted this ugly Seed inside me. He...

Pan's shadow
I've been cursed by the God of the wilds to forever be the shadow of his favorite lost boy Peter Pan. The boy who doesn't...
END_OF_DOCUMENT_TOKEN_TO_BE_REPLACED

Thanks for advices! Very informative and useful!

Stand Up for Animal Rights in 7 Steps

Poems to Support a Veteran
END_OF_DOCUMENT_TOKEN_TO_BE_REPLACED