5 Tips for Using Rhythm and Rap 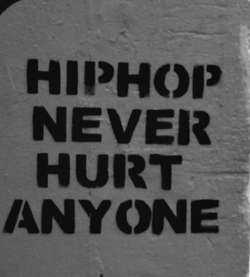 "You cannot be an artist and not speak on the times." This is especially true of rap music, which was cultivated by people living through the height of racial tension in the desegregated world. Rap helps to express those trials, unpacking subjects like the school-to-prison pipeline, gentrification, and urban food deserts. What started off being considered a second-rate art form turned into a cultural epicenter for an entire community. Read on to learn how you can take part in this lyric phenomenon.

Wicked Gifted
Wicked Gift   No sleep for the wicked, but don't mistake wicked for being gifted. Maybe I’m just gifted at being wicked....

Racism made me do it
If I take a stand and refuse to raise my hand to a star spangled fabric for white men one day taking a stand will mean...
END_OF_DOCUMENT_TOKEN_TO_BE_REPLACED